One of the most common applications of LED is Seven Segment Display. In this short post let us see How Seven segment display works?

The following figure shows the front of a seven segment display.

The following figure shows the actual circuit of the seven segment display. The resistors (called as current limiting resistors) are connected in series with the LEDs to protect them against excessive current flow. 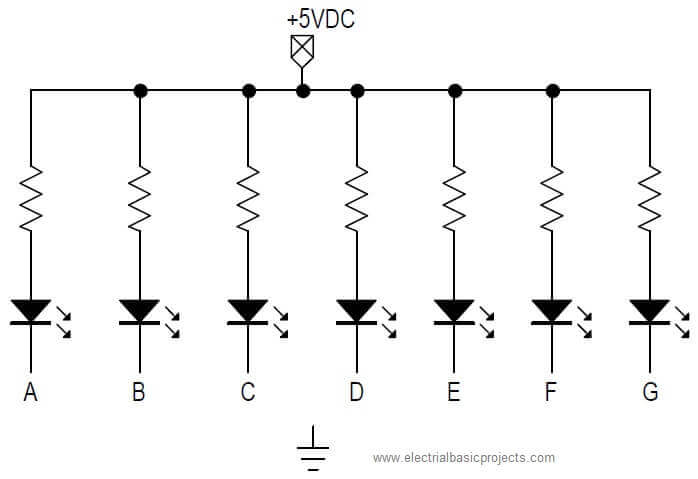 In this circuit, the anode terminals or all seven LEDs are connected to the common supply (ie, positive voltage source of +5V). This arrangement is called as common anode type.

We can build 7 segment display in common cathode type too (where all cathode terminals are connected together).

Thanks for reading about How Seven segment display works?... Please leave your comments below...

Read More:
What is the difference between Schottky Diode and PN Junction diode?
MOSFET vs JFET Comparison
How to use Bridge Rectifier IC? How to identify Terminals?
What is the Difference Between BJT and FET?

Please subscribe to get new posts to your mail id...